A SOLO MINI ADVENTURE: THE BEST OF BOTH WORLDS 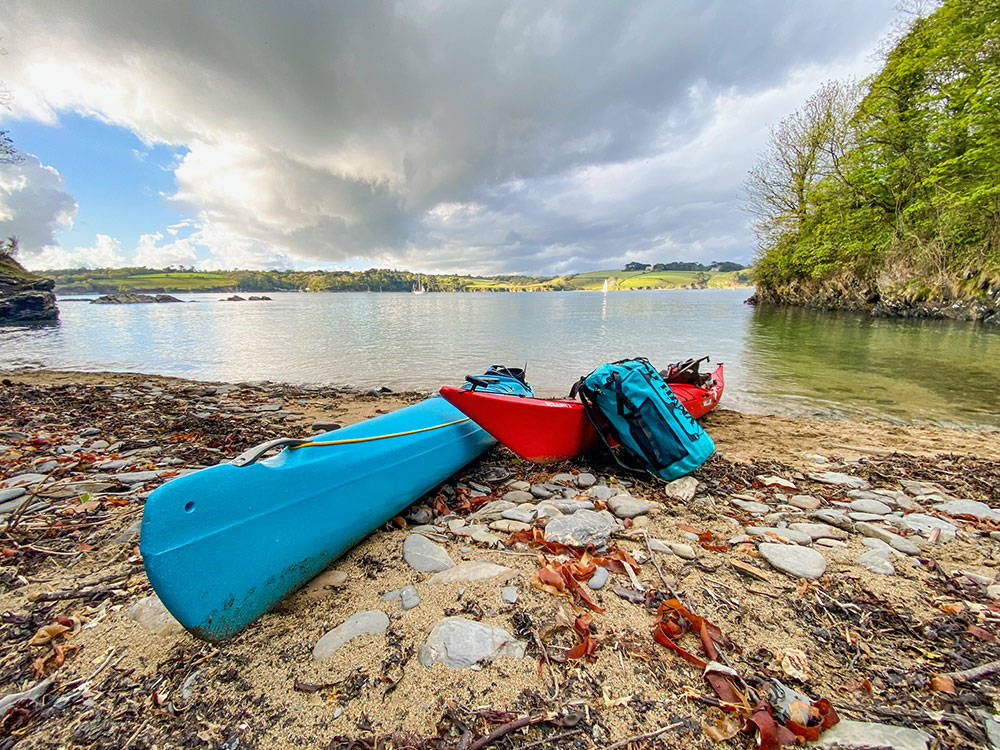 We had planned a week-long sea kayaking, kiteboarding, surfing, and SUP trip in May, which in the UK is usually some warm and settled weather after the April showers. This year, however, has been very different from those in the past, and we have seen some of the most upset and angry storms the UK has seen in decades, resulting in hail storms, floods, and exceeding strong winds. As professional kayakers, but amateur sea kayakers, we made the unanimous decision to stay closer to home and take a mini-adventure off the south coast of England around the Cornish coastline instead of hauling ourselves up to the outer reaches of bonny Scotland.

We drove through the rainstorms towards the estuary in Helford. On the way, we had stopped to grab a disposable BBQ in the off chance we were lucky enough to score a catch of fish while we were making tracks out to sea. We were greeted in Helford by a break in the weather and there was even some sun was poking through the otherwise thick and intimidating clouds. Excited to jump on the water, we packed our dry bags with the essentials and stuffed our hatches full of the appropriate gear. I attached the Solo SUP™ Backcountry to the back of my sea kayak, and despite my concerns, it was the perfect fit for the boat, and weighing only 23lbs in total, it was barely noticeable when paddling. 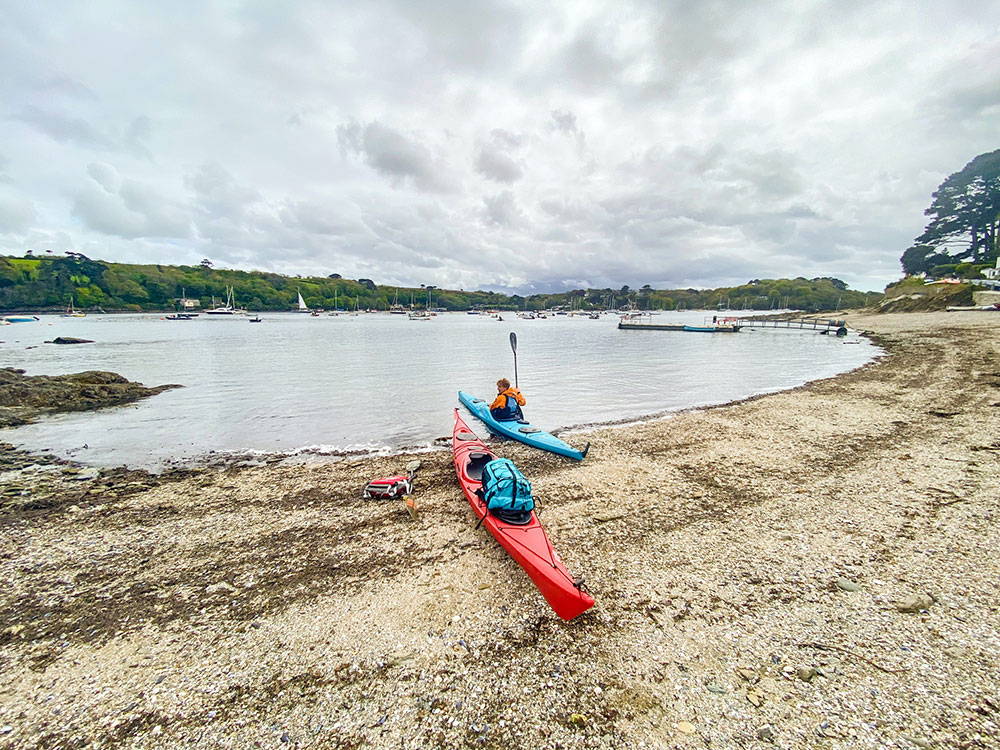 We set off our mini adventure through the array of anchored, colorful boats in the estuary and battled our way out to sea against the incoming tide. The rolling hills that surrounded the estuary were outrageously green and met the sea by a connection of dark, jagged rocks that looked like they could be menacing in a storm. The small, secluded beaches nestled into the coastline offered a glimpse of sheltered paradise among the tall rocks.

We kept paddling against the tide and when we hit the coastline with the sea we cast out a line in the hopes of catching a fish or two for dinner. Within minutes, we had some luck and pulled a decent-sized mackerel from the end of the line. We set the line back in and hoped we could catch another so we would both be happy and fed that evening. To our surprise only seconds after casting the line back in, we had another bite, this time we couldn't identify the little flipper on the end so we set him free. About an hour later after wrestling with a patch of seaweed clogging up our hook, we were able to make another couple of catches, another Mackerel and a Pollock. I was happy we would both be eating well that afternoon. 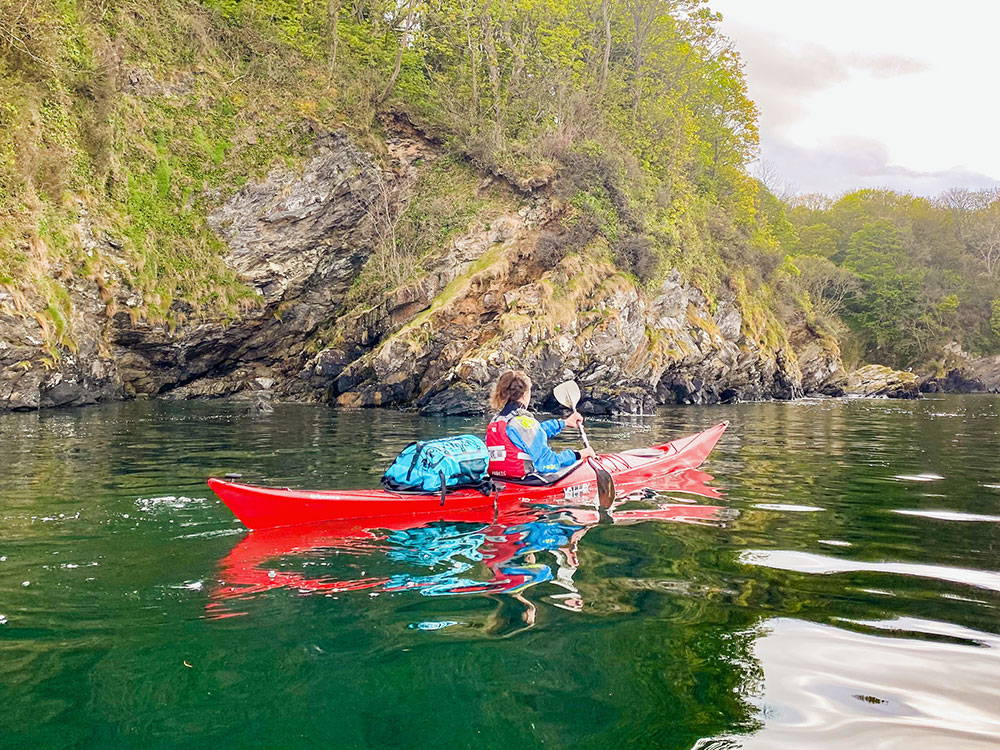 As we continued to paddle the sky got brighter, and I was wishing I had packed my sunglasses for the trip. We paddled to a cozy nook between the outcrop of rocks that looked like a tiny oasis with a sandy beach and some native trees that lined the backdrop. It was the perfect place to start the BBQ and relax for the afternoon. While the BBQ was getting up to temperature I took off the Solo SUP™ Backcountry from the back of my sea kayak and started to inflate the paddleboard. The board was inflated in no time, and the best part was I was already in paddling kit so I could just remove my spraydeck and jump straight on for a quick explore before the BBQ was up to temperature. 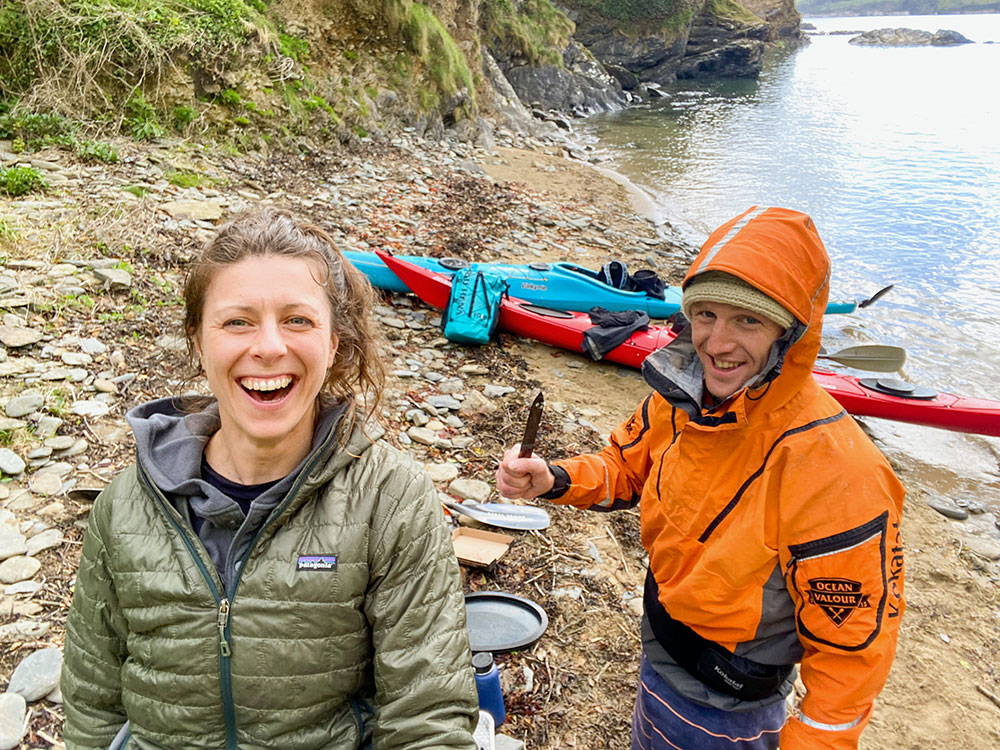 I pulled the Solo SUP onto the beach so we could use it as a seat while we sat in our little tropical oasis, picking at the BBQ'd fish and medley of antipasti delights, taking in our surroundings. The gentle waves lapping at the shore, with the bright green trees dangling down behind us, the dormant dark clouds in the distance, and the noise of the seagulls searching for a feed. If the last year of a pandemic hasn't taught us anything else, it has, at least, taught us to appreciate what's around us and to not take any moment for granted.

If the last year of a pandemic hasn't taught us anything else, it has, at least, taught us to appreciate what's around us and to not take any moment for granted.

I hopped back on the Solo SUP and paddled outside the bay, staying close to the coastline I could inspect all the crazy rock formations and get close to the purple jellyfish that were floating by. The paddleboard was a lot more maneuverable than the long awkwardness of the sea kayak, which allowed me to wiggle between the outcrops and into various nooks that scattered the shore. 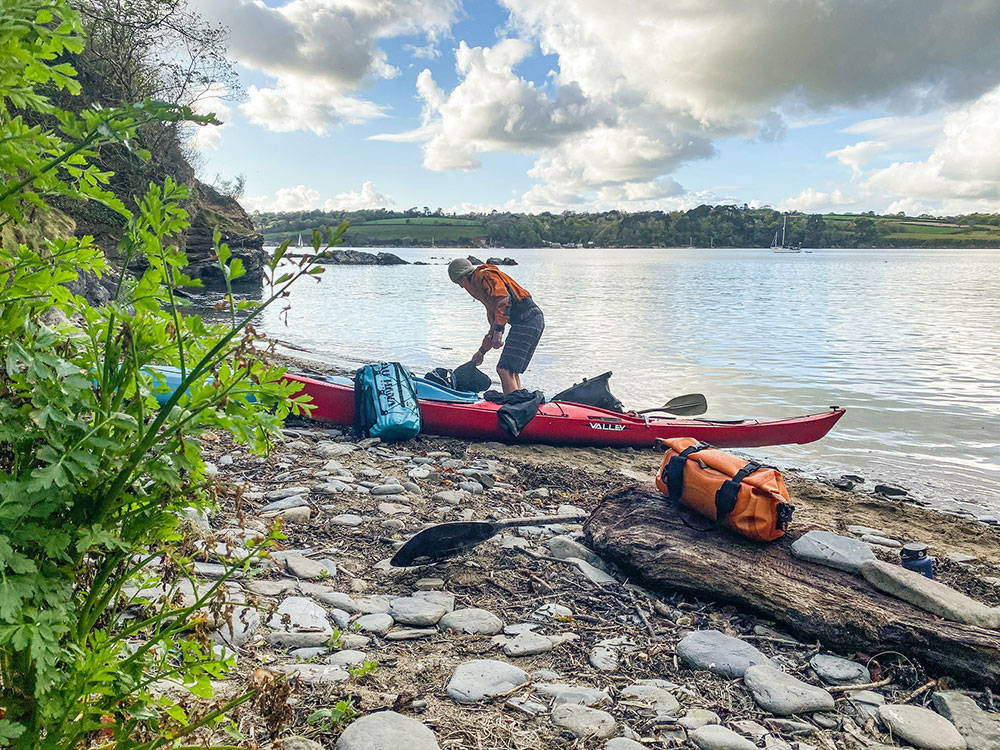 After an hour or so of exploring I headed back to our little oasis, pulled the paddleboard onshore, and deflated the board. Folding the board in half and rolling it up around the pump meant that it fit neatly and easily back into the dry bag. I loaded it once again onto the sea kayak after we had packed away our various BBQ items into the hatches. We then made our way back, retracing our paddle strokes, towards the multicolor boats, this time with the tide making our efforts feel redundant. Our starting point approached us quicker than we had anticipated, and we were soon back on land and reintroduced to civilization. I detached the Solo SUP and slung it over my back as we both grabbed an end of each sea kayak and made our way back to the car before the impending rain clouds blew over and turned the sky dark.

CHECK OUT OUR GALLERY 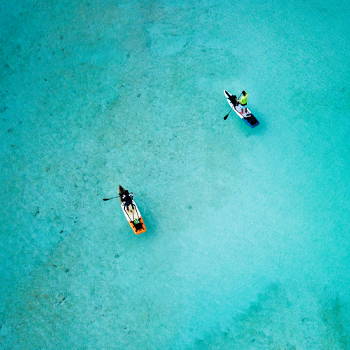 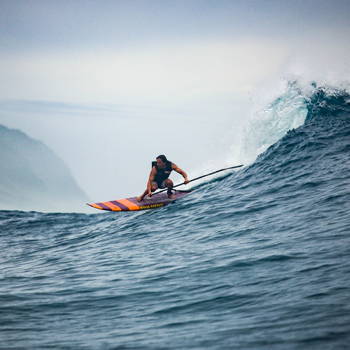 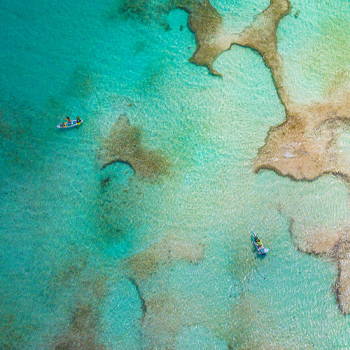 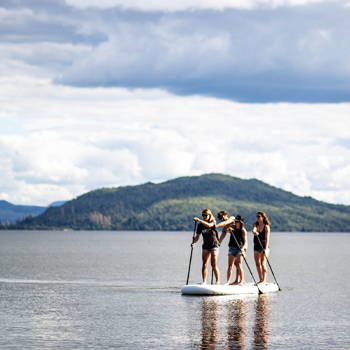 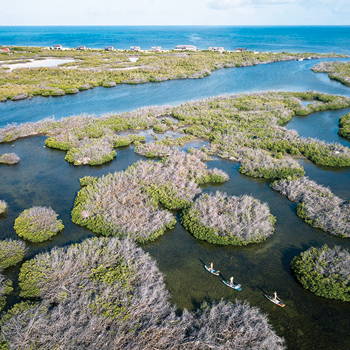 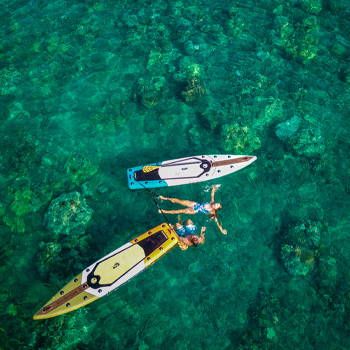 Enter your email and receive the latest news and stories from the Pau Hana ohana.